Hey VA! Stop the Madness...let us MARK THEIR GRAVES!

Confederate Soldiers are American Veterans by Act of Congress
http://www.veteranstoday.com/2011/04/14/confederate-soldiers-are-american-veterans-by-act-of-congress/ 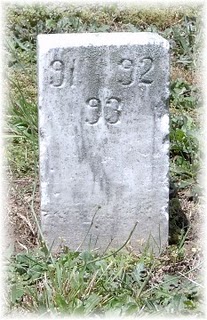 "A new organization that aims to change a federal regulation making it difficult to get government headstones for unmarked veterans’ graves has started an online petition campaign. According to Mark Their Graves, the Department of Veterans Affairs began enforcing a rarely-used regulation last year that, in effect, shuts down its Headstones and Markers Program.

The rule – Code of Federal Regulation section 38.632-(1) – precludes veterans’ groups, cemeteries, researchers and others from applying for government markers that identify the final resting places of military veterans unless they have permission from the veteran’s next of kin.  “This creates an impossible and unnecessary burden for groups seeking to honor veterans who served generations ago in conflicts like the Civil War, Spanish American War and even World War I,” says the group. Committee members ask the public to sign the petition at www.marktheirgraves.org and to contact their representatives in Washington and urge them to change the regulation.

The regulation’s effect can be seen at Brooklyn’s Historic Green-Wood Cemetery. In the past it successfully applied for and received 2,000 gravestones for Civil War veterans who researchers found to be in unmarked graves. Now, Green-Wood’s applications are being rejected, as are those of other researchers.

The petition is addressed to Secretary of Veterans Affairs Eric Shinseki. It protests the redefinition of “applicant” as “next of kin” and implores the VA to limit the new regulation by “making it inapplicable to veterans who served more than 62 years ago — so that the veterans who now lie in unmarked graves can have a thankful nation mark where they lie, in tribute to their service.”

Within one week of the Mark Their Graves launch, almost 500 people had signed the petition. At presstime it had more than 900 signers.  Although Steve Muro, under secretary  for memorial affairs at the Veterans Administration, on April 10 told a Congressional subcommittee “We are actually looking at that reg. And we are going to do some rewrites of it … they made it over restrictive,” the committee says pressure must be brought to bear on the VA to amend the regulation.

Among the veterans denied government markers because of the regulation were Civil War veterans George Stillie and William Peter Strickland. Stillie (1839-1919) served in the United States Navy aboard the USS North Carolina, USS Valley City, USS Fernandina and USS Roebuck. He is buried in Melbourne, Australia. His wife predeceased him and their only child died in New Zealand in 1912.  Strickland (1809-1884), chaplain of the 48th New York Infantry for two years, believed that serving the Union was “the most sacred duty of every liberty-loving American citizen.” He is interred in Green-Wood Cemetery."

Susan Hathaway
Va Flaggers
Posted by The Va Flaggers at 7:28 AM