A Fine Day for Honoring Heroes In Danville

Early morning, Saturday, May 21st brought heavy rain to Southside Virginia, that tapered off just prior to the 10:00 a.m. scheduled start time for flagging at the Danville Museum of Fine Arts and History on the grounds of the Sutherlin Mansion, the home that served as the Last Capitol of the Confederacy.

The sun was shining by 11:00 a.m., when 54 folks had gathered on the sidewalk in front of the museum.  So many, in fact, that we were able to spread out and cover both sides of Main Street! 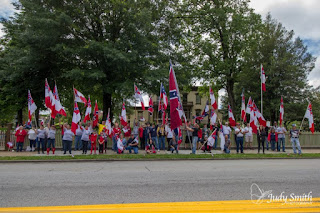 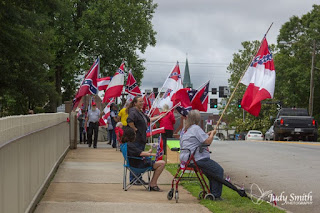 The Heritage Preservation Association (HPA) has been flagging in Danville every Saturday for the past 12 weeks.  A reporter asked HPA President Wayne Byrd how long they were going to continue flagging. His response was quick and firm "Until the flag is put back up!"

The response by Danville citizens was overwhelmingly positive.  Honks, waves and shouts of support came from most of the vehicles that passed by and we had good conversations with many pedestrians who stopped by to see what was going on.  Shortly after we arrived, a man approached with three dozen donuts.  He said he had driven by a few minutes earlier and felt compelled to come back and bring us a treat to thank us for being out there and forwarding the colors. 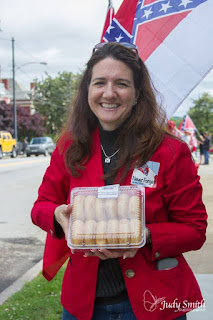 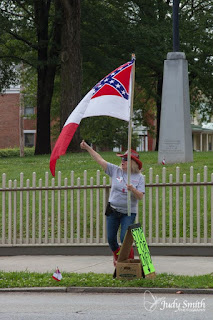 We were thrilled to be joined by about a dozen members of Actbac out of Alamance County, NC. 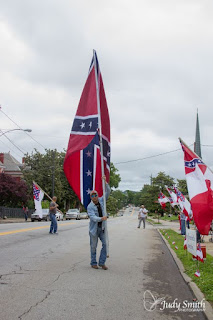 Out of the many good conversations that day, there was one that was out of the ordinary.  It is not unusual for people of color to agree with us, and/or express indifference about our flags or monuments, but one black man who stopped to talk with us took it a little further than that. 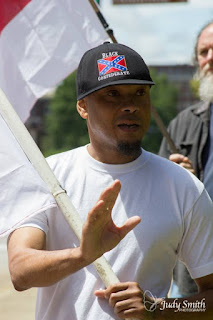 The HPA will continue flagging each Saturday 10:00 a.m. - NOON.  Grab your Third National and join them as they forward the colors, educate the public, and remind Danville City Council that as much as they would like to "move on", there are plenty of us who will #NeverForget. 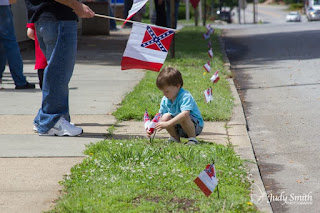 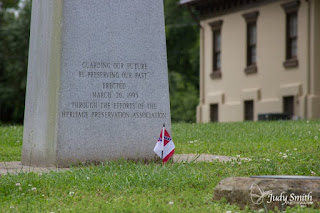 After a quick lunch, we gathered to raise the first of THREE roadside battle flags that afternoon.

At the first site, which is on Hwy 58 in Danville, we were excited to have Rev. Dr. Herman White join us and help dedicate the 8x12 flag that will fly on a 30' pole. 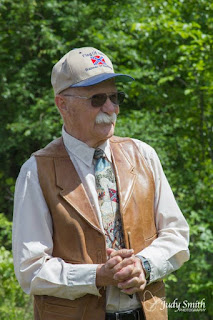 Local heritage groups brought greetings and the crowd cheered as the flag was raised and dedicated to the Glory of God and in memory and honor of our Confederate heroes. 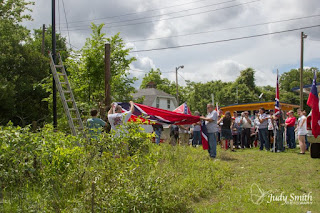 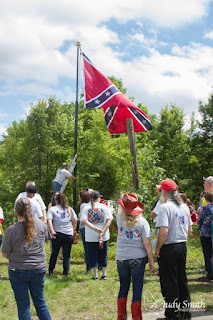 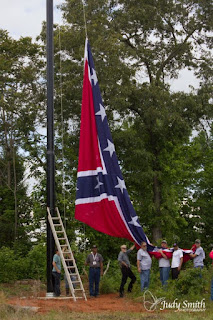 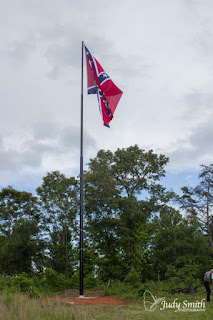 Once we left that site, it was just a short drive South on 29 and we reached flag site #3 for the day, #13 for Danville, and #23 in the Commonwealth.

The final flag we dedicated was at the home of Mr. Anderson, and he brought out this photo of his Great Grandfather, Robert Anderson, a Confederate Veteran. 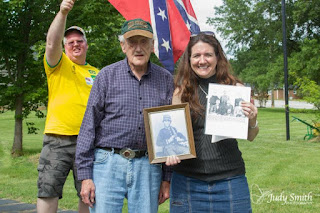 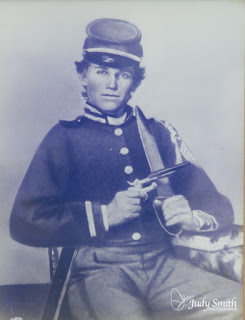 Mr. Anderson is a vet himself, and it was a real honor to dedicate the 13th Flag raised in Danville since August of 2015 to the memory of Private Anderson and all of our Confederate heroes. What a treat to get the chance to meet Mr. Anderson and what a poignant reminder that for so many of us involved in this fight...it's personal. 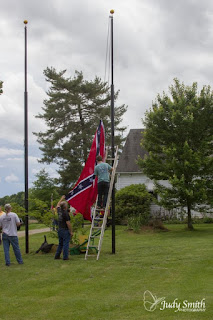 It was an incredible ending to an absolutely beautiful day in Danville.

These memorials were constructed and financed by the efforts of numerous local Danville citizens, who vow to continue to raise more flags until the historical flag is returned to its rightful and legally protected place on the grounds of the Last Capitol of the Confederacy.

Huge thanks to the Danville flag construction crew for their amazing efforts, and for the outstanding cooperation and effort on the part of the Danville HPA, SCV, UDC, SCV/MC, OCR and ANV/MC.

The 13 huge flags that now fly in Danville are a testimony to God's grace...and proof of what we can accomplish when we work together for our Cause! Legislative update on yesterday's hearing before the Supreme Court Write Panel:

There will likely be a decision on whether the appeal will be heard in the next few days or weeks. 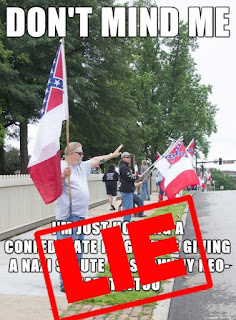 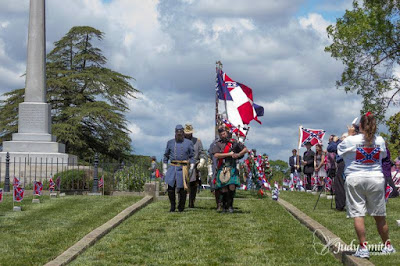