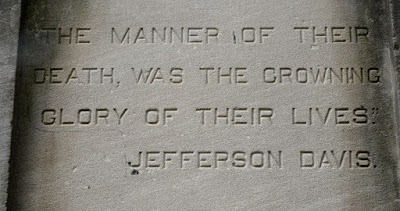 Thanks to all of you who contacted the Governor's office, and a special thanks to all those who had a part in making this possible.  Please take a moment and contact Governor Ivey and THANK HER for her courageous leadership in signing this historic legislation.

The destruction of historic memorials in New Orleans by Mayor Mitch Landrieu over the past few weeks has seemingly awakened a sleeping giant and spurred citizens across the country to stand up and fight back, and likely helped to facilitate the last minute passage of this bill in the Alabama legislature.

Poll after poll shows that citizens are overwhelmingly against the destruction of historic monuments and memorials.  The disturbing images from New Orleans, the increasing violence on the part of the monument haters, and the seemingly non-stop attempts to divide and disrupt our communities with divisive rhetoric and false narratives have helped fuel a growing pushback by American citizens.

Congratulations!  God bless the good folks of Alabama...and GOD SAVE THE SOUTH! 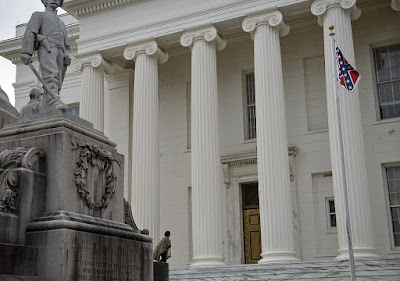 Posted by The Va Flaggers at 3:28 PM No comments:

The Truth Behind the Crusade to Destroy Confederate Monuments and Memorials 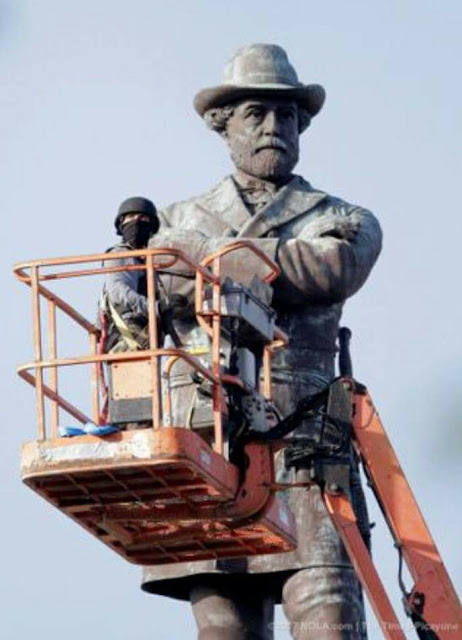 THE NATURE OF THE MONUMENT DESTROYERS
By Connie Chastain

"The force behind the assault on Confederate heritage is the same force behind the attacks on President Trump. What we are seeing is an enormous psychotic episode, a colossal nervous breakdown by the ultra-left in America because their adored Hillary was defeated.
The left has always been destructive, increasingly so in recent years. But since Trump has been in office -- since late January -- where he has steadily razed the Obama legacy, they've been like an animal in the furious stage of rabies.
These people are not Americans. Leftists are socialists. They are the antithesis of Americans. They are destroyers. Since they cannot have our country and transform it into Socialist America, they will destroy it.
Destroying Confederate heritage is an early phase, a trial run, you might say. They have the same fate in mind for the legacy of the Founders... not just monuments and statues, but the very country they crafted. They want to destroy every aspect of the culture -- Christianity, the family, private property, education, historical memory, our cultural cohesiveness, our very identity as western man.
Western man. Man. Men. The left hates nothing the way they hate masculinity. From "feminism", which is not about equality for women but about hating and hurting men ... from feminizing industry, education, the military, church leadership, the popular culture, the government to the demonization of "dead white males" the left hates virility.
VIRILE, VIRILITY characterized by a vigorous, masculine spirit: manly character, vigor, or spirit; masculine energy, forcefulness, or strength in a marked degree.
Our Confederate heroes were some of history's manliest of men. Even in cold, lifeless bronze, Davis, Beauregard and Lee exuded a level of virility that shames Mitch Landrieu.
The nameless Confederate soldiers in marble and granite standing atop pedestals and obelisks across the South shame the typical leftist male -- the Michael Moores, the Morris Deeses, the brainwashed antifa, the mindless mobs, the spineless and weak-minded men, leftists themselves or influenced by leftism, who run government at all levels. The closest thing these men have to masculine energy and vigorous spirit is hatred. Oddly enough, this is the same fuel that energizes leftist women -- the Hillary Clintons, the Maxine Waterses, the Ashley Judds and the Madonnas -- as well.
As we craft and then implement our counter-offensive in the defense of our heritage -- and our continued existence and the future for our children (make no mistake, these are in the Left's crosshairs, as well) -- it will do us well to remember the nature of our attackers."
About the author:  Connie Chastain writes contemporary Southern fiction. Her author page at Amazon.com is found at this link: https://www.amazon.com/…/B002KL46…/ref=ntt_athr_dp_pel_pop_1
Posted by The Va Flaggers at 5:46 PM 43 comments: 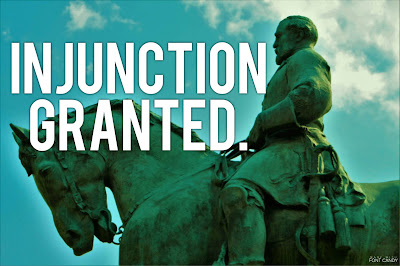