What was the true cause of secession in 1861? A Confederate Catechism Day 1 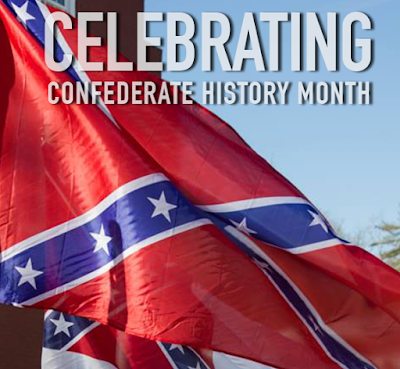 It was the yoking together of two jarring nations having different interests which were repeatedly brought to the breaking point by selfish and unconstitutional acts of the North. The breaking point was nearly reached in 1786, when the North tried to give away the Mississippi River to Spain; in 1790, when the North by Congressional act forced the South to pay the Revolutionary debts of the North; in 1801, when they tried to upset the presidential ticket and make Aaron Burr President; and in 1828 and 1832, when they imposed upon the South high protective tariffs for the benefit of Northern manufacturers. The breaking point was finally reached in 1861, when after flagrant nullification of the Constitution by personal liberty laws and underground railroads, resulting in John Brown's assassinations, a Northern President was elected by strictly Northern votes upon a platform which announced the resolve never to submit to a decision of the highest court in the land. This decision (the Dred Scott Case, 1856), in permitting Southern men to go with their slaves into the Territories, gave no advantage to the South, as none of the territorial domain remaining was in any way fit for agriculture, but the South regarded the opposition to it of the Lincoln party as a determination on the part of the North to govern the Union thereafter by virtue of its numerical majority, without any regard whatever to constitutional limitations.

The literature of those times shows that such mutual and mortal hatred existed as in the language of Jefferson to "render separation preferable to eternal discord."

For a more complete analysis:


BTW, the Stafford I-95 flag has been down for over two weeks. What happened?