What did the South fight for? A Confederate Cathecism - Day 5 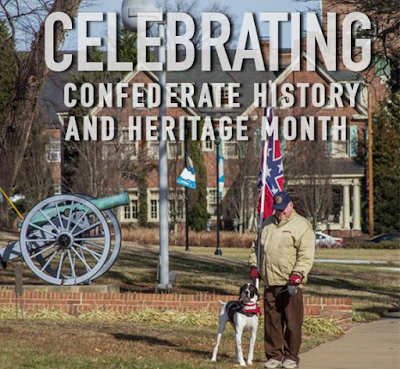 April is Confederate History and Heritage Month in the Old Dominion, as well as in many states across the South. As part of the celebration, and in an effort to educate the citizens of the Commonwealth, we will present a Q&A each day, from a Confederate Catechism, by Lyon Gardiner Tyler, 1853-1935; the son of President, John Tyler, who also was a member of the Confederate congress. He was a professor of literature at the College of William and Mary, and served as President of the College of William and Mary from 1888 until 1919.
Day 5:
8. What did the South fight for?

IT FOUGHT TO REPEL INVASION AND FOR SELF-GOVERNMENT, JUST AS THE FATHERS OF THE AMERICAN REVOLUTION HAD DONE. Lincoln himself confessed at first that he had no constitutional right to make war against a State, so he resorted to the subterfuge of calling for troops to suppress "combinations" of persons in the Southern States "too powerful to be suppressed by the ordinary" processes. It is impossible to understand how the Southern States could have proceeded in a more regular and formal manner than they did to show they acted as States and not as mere "combinations." It shows the lack of principle that characterized Lincoln when later he referred to the Southern States as "insurrectionary States." If the Federal Government had no power to make war upon a State, how could it be called insurrectionary?
Posted by The Va Flaggers at 7:04 AM