Virginia town, rich in history and tradition, proudly celebrates its Confederate heritage as it ushers in the Christmas season. 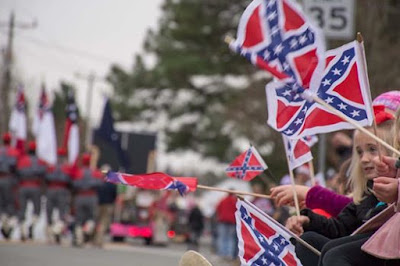 The day of the 2016 Mechanicsville Rotary/Ruritan Christmas Parade was cloudy and chilly, but it did not dampen the enthusiasm of the crowds who gathered to usher in Christmas in the small town just east of Richmond.  The parade is a popular tradition, with over 100 units participating in the 2 mile route, which is lined with crowds of spectators.
We were honored this year to once again have the Edmund Ruffin Fire-Eaters Camp #3000 Color Guard, under the leadership of Commander Joe Wright, lead our unit, joined by Greg Randall as Stonewall Jackson.  Throughout the parade, they were met with cheers, salutes, and folks standing to honor the soldiers and their flags. 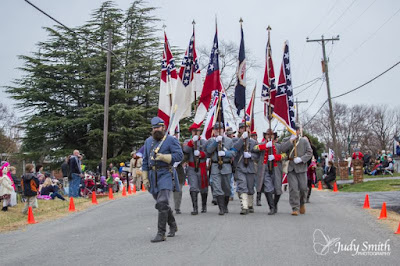 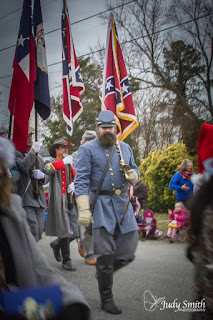 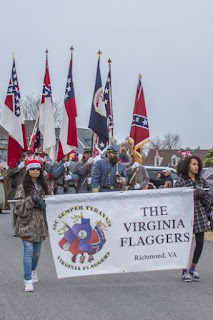 We had over 50 participants in our unit, including folks who came from Farmville, Portsmouth, Chesapeake, Virginia Beach and across the Commonwealth to join us.  We also welcomed our brothers and sisters in the Sally Tompkins Chapter #2, Order of the Confederate Rose and the Army of Northern Virginia Mechanized Cavalry. 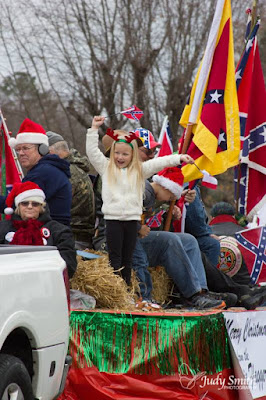 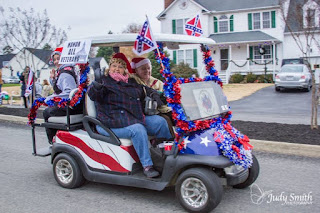 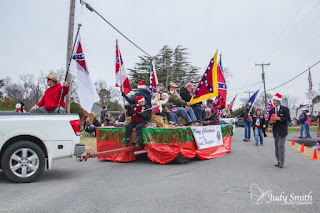 Again this year, our stick flags were a HUGE hit.  We gave out over 1,000 and ran out before the parade ended, much to the dismay of folks who had lined up to get one.  We were overwhelmed by the positive response and cheers of gratitude that we received.  Children and adults alike were literally begging us for flags. 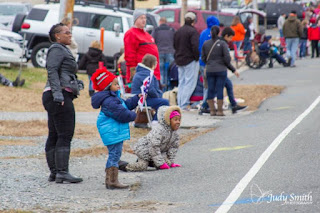 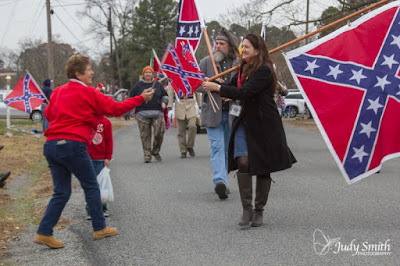 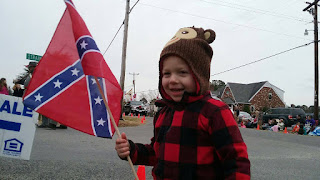 The Captain William Latane SCV Camp #1690 was right behind us in the parade lineup, and we could hear the crowd roar every time they stopped to fire their muskets.  Just behind them, the Hanover Dragoons, SCV Camp #827 had a BEAUTIFUL float.  We later found out that they took home the trophy for the 2016 Mechanicsville Christmas Parade Best Motorized Unit Large (non-commercial) !
Congratulations, gentlemen! 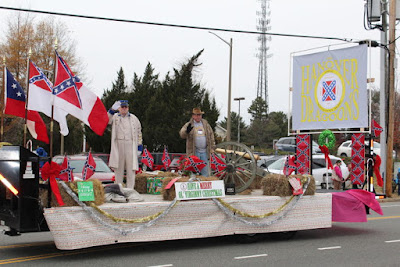 We have received numerous calls and messages this week, thanking us for our presence in the parade, and for the gift of flags that we distributed.  In turn, we would like to offer our thanks to parade organizers for the wonderful job they do, and to all of those who came out to lend a hand and make it possible.  We are already looking forward to next year! 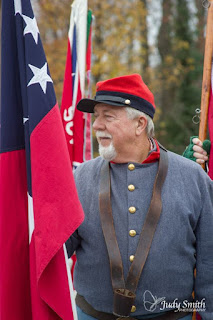 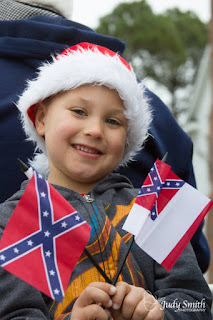 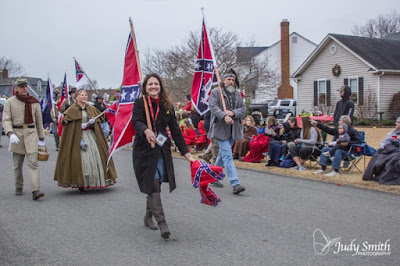 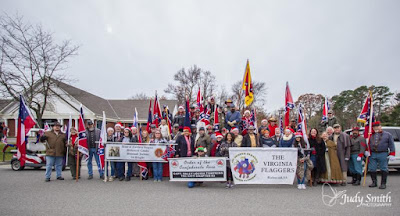 Outstanding job everyone! Looks like y'all had a really good time.

I am impressed! Job well done!!!