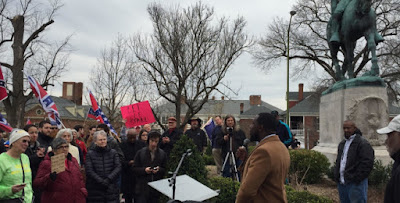 In the wake of the revelation of numerous racist, homophobic, sexist and vulgar tweets posted on social media by Charlottesville Vice-Mayor Wes Bellamy, there has been an ongoing push to remove him from Charlottesville City Council.  Even though an online petition gathered nearly 1,000 signatures in a matter of days, and despite the fact that the Albermarle County School Board placed him on administrative leave and the Governor of Virginia forced him to resign from the State Board of Education, members of city council not only have refused to ask Bellamy to resign, but went as far as to express their unwavering support for the disgraced Vice-Mayor.  In response to the lack of action from city council, and on the advice of legal representation, a grassroots group of Charlottesville citizens has drafted an official recall petition, requesting that he be removed from office for “misuse of office’.  All registered voters in the city of Charlottesville are eligible to sign, and are asked to contact themaddimension@gmail.com for more information.  Efforts to collect the required signatures will begin this week, and once received, the petition will be filed in Charlottesville Circuit Court, with the goal of removing Wes Bellamy from Charlottesville City Council. Vice-Mayor Bellamy is the driving force behind Charlottesville City Council's push to tear down the Robert E. Lee monument and rename LEE Park.  "General Lee has no historical ties to the city of Charlottesville," Bellamy said in an email statement. "Several current residents have stated that they believe the statue was used as a psychological tool to show dominance of the majority over the minority during this time period.”Calls for the statue's removal by Bellamy and fellow councilman Kristen Szakos led to the formation of a Blue Ribbon Commission, which consisted almost entirely of like-minded leftists who were appropriated $10K to "study" the issue.  Their final report, which is still not available online, will be presented to City Council a week from tonight, Monday, December 19th. 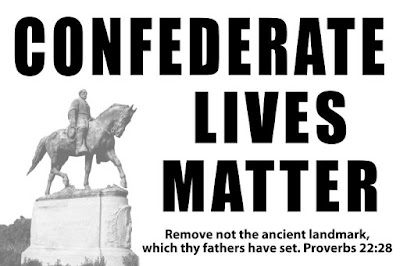 Regardless of the recommendations of the commission, and no matter what the council votes to do, the fact remains that it is still ILLEGAL to remove, alter, or destroy memorials in the Commonwealth of Virginia. Thankfully, our legislature had the foresight to see that our veterans may need protection from the winds of political correctness as they shift and blow across locations such as Charlottesville, heavily influenced by outsiders and those with leftist agendas that could, if unchecked, lead to the removal of any monument or memorial they deem "offensive" on any given day.  We have been working closely with legal counsel and should the City Council make any move toward removal or alteration, we will be prepared to file immediate injunctions, as well as civil and criminal lawsuits which will ultimately protect the memorials, while costing the city thousands of taxpayer dollars and tying up immeasurable city resources trying to do the bidding of one hate-filled man.

Thanks for your work. Hopefully soon we 'll get a decent governor.

Seems to me depending on who the next governor is offers only a stop gap solution, which is no solution at all. Even "perpetuity" laws can be undone by the legislatures of the tymes.
Even education, per se, won't do because that depends on who is teaching. So, what appears to be only one surefire solution is eternal vigilance by Southern activists, which requires training the children to be activists. And to be fully persuaded of the rightness, and righteousness, of The Cause.