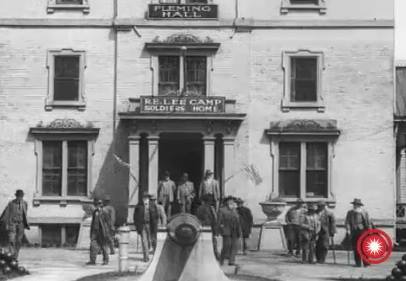 "The R.E. Lee Camp of United Confederate Veterans voted to deed a chunk of the Confederate Soldiers' Home grounds at Grove Avenue and the Boulevard as a site for a state museum of fine arts 60 years ago this week.

The Veterans approved a site of about 300 feet fronting the Boulevard and a 175-foot strip along Grove Avenue for what would become the Virginia Museum of Fine Arts, a structure to cost $250,000.

But no more than that, the veterans emphasized. They still hoped the rest of the property could be developed as a Confederate memorial park.

"But no more than that, the veterans emphasized." The Virginia Museum of Fine Arts (VMFA) exists today ONLY because of the generosity of the Confederate Veterans who donated the land for the museum to be constructed. In return, less than 100 years later, Museum and Virginia officials have stolen the rest of the of land, and stripped the Confederate Memorial Chapel of its Battle Flags.

The Virginia Flaggers entered our THIRD year of flagging the VMFA with nearly 2 dozen flaggers on the Boulevard on September 27th, including Flaggers who traveled from as far away as Tennessee and Confederate Mizourah to join us! 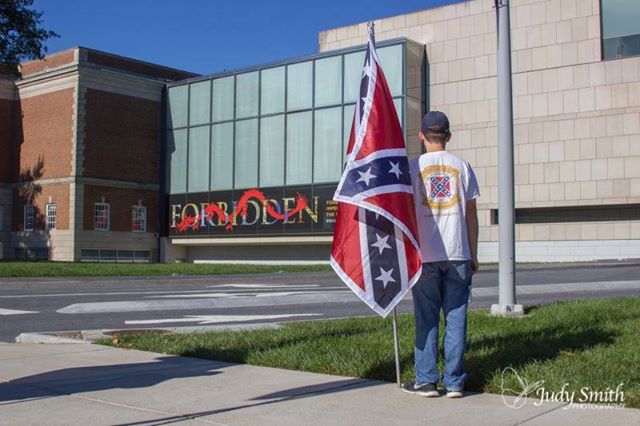 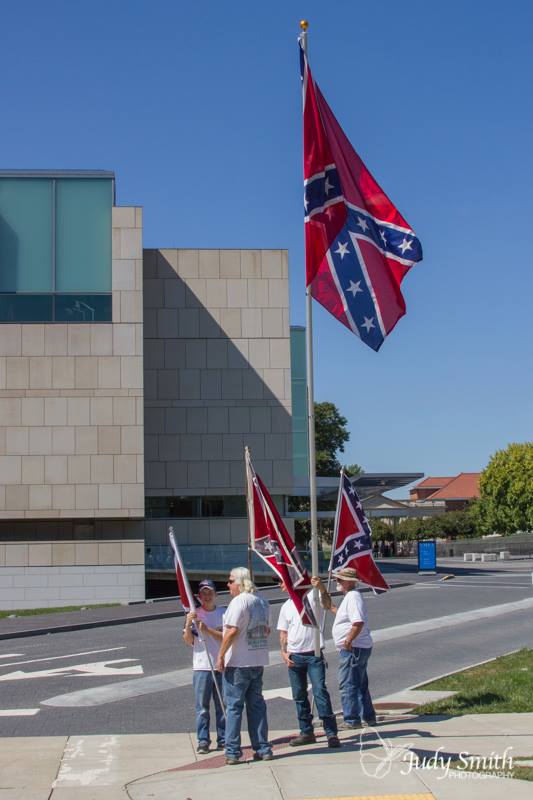 Our Flaggers were on the Boulevard for a full day, and were surprised and thrilled when a delivery of pizza showed up, courtesy of an anonymous supporter!  :) 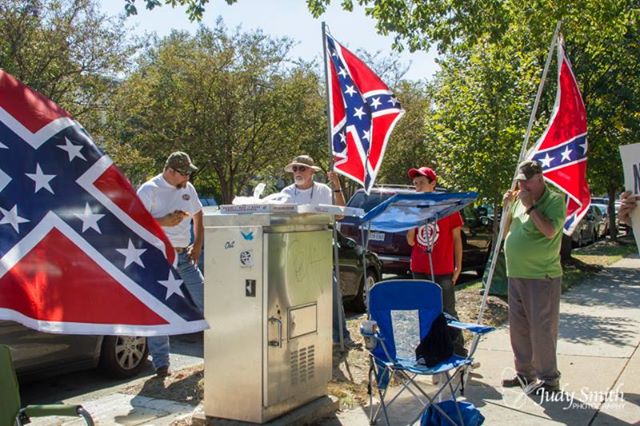 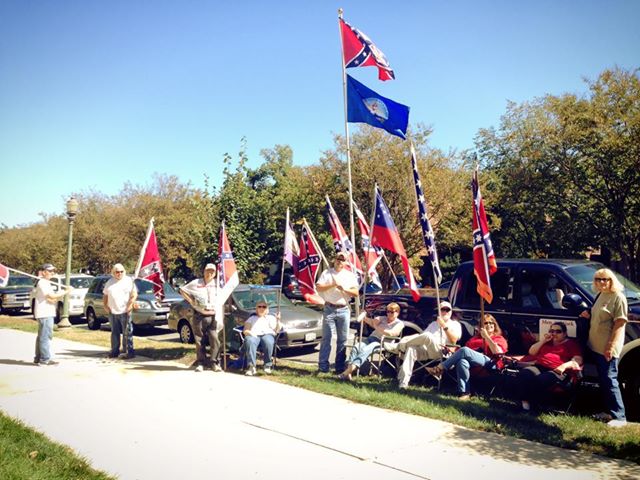 Beautiful weather meant plenty of opportunities to talk with museum visitors, residents, and tourists, and a Russian news station stopped by for an interview... 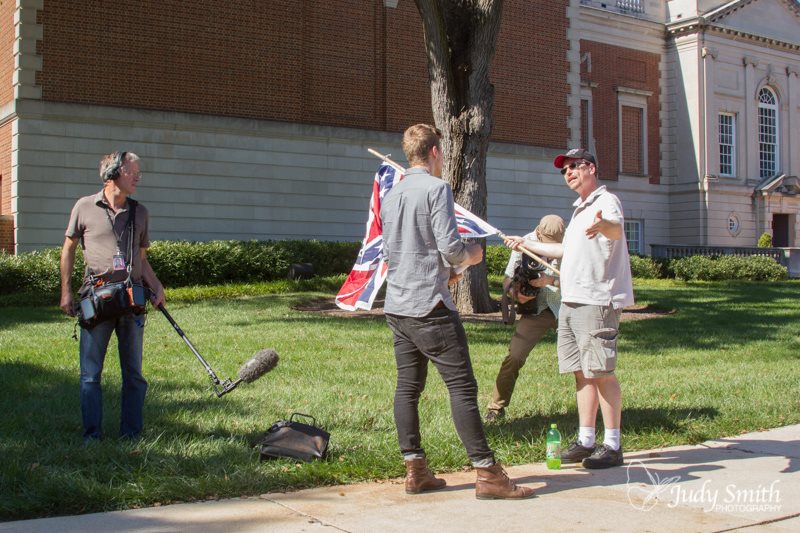 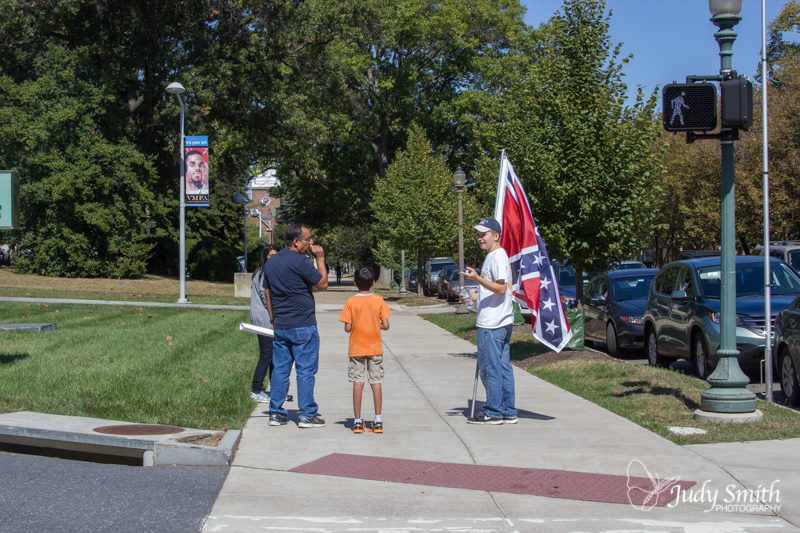 Flagging has continued, throughout October, twice a week, with October 1 marking the three year anniversary of the very first flagging.

Three years of forwarding the colors, standing for our ancestors, and changing hearts and minds.  Even so, every flagging brings a new opportunity to educate.  These ladies stopped and asked (with great skepticism) about what was going on with "all the flags on the sidewalk". They listened to a brief explanation of the situation at the Confederate Memorial Chapel and left with fliers in hand, a new perception of our flags, and a new understanding of those that who carry them and why. 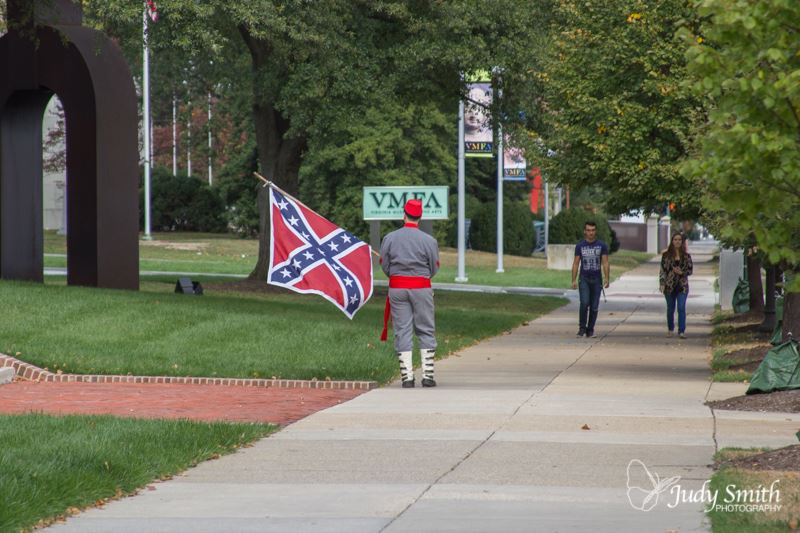 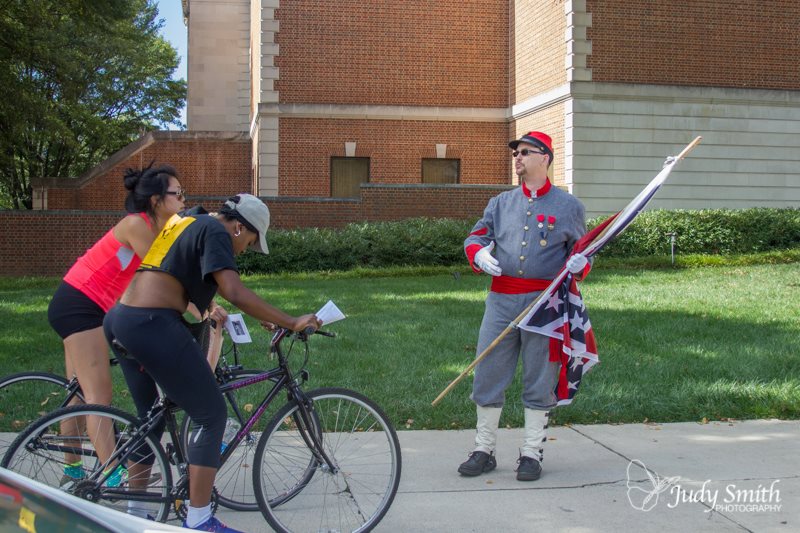 Midweek flagging brought a special surprise, as we were joined by a supporter all the way from ALASKA! We were so thankful that he took time out from his visit to come stand with us! 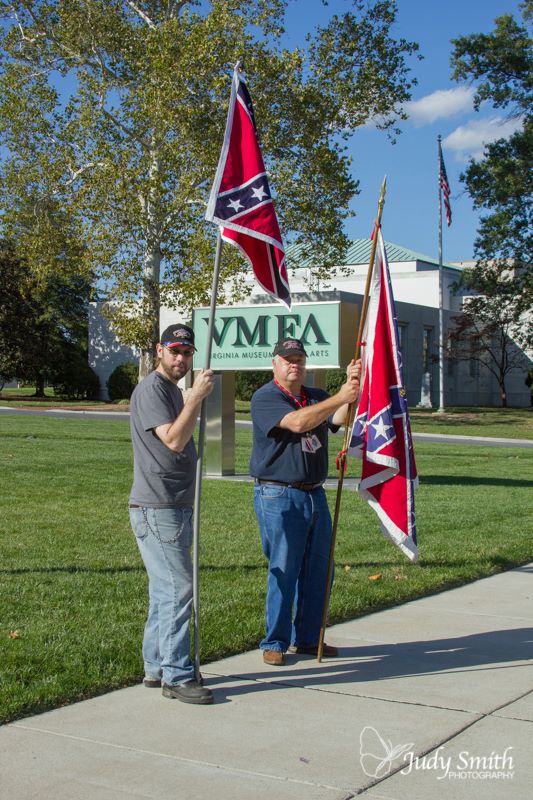 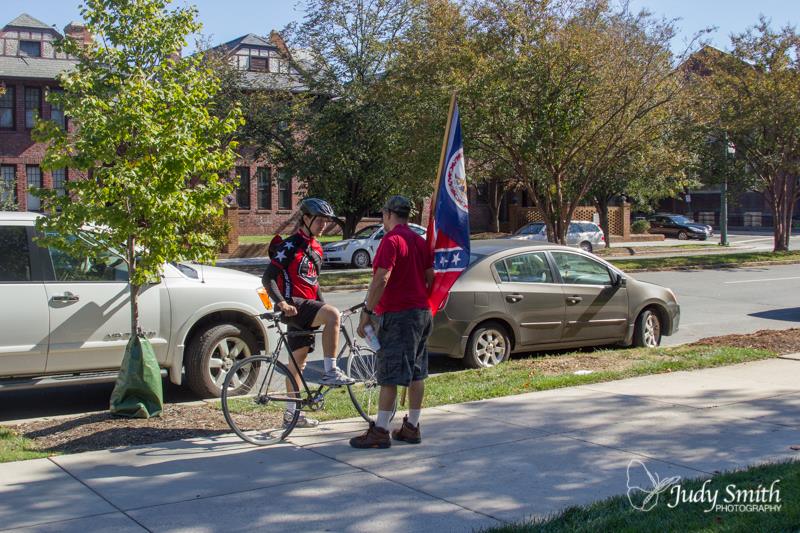 We enter our third year of flagging the VMFA with renewed determination and commitment to seeing the Confederate Battle Flags returned to the portico of the Confederate Memorial Chapel.

Join us, and be a part of those "taking it to the streets", and standing for our Confederate veterans.