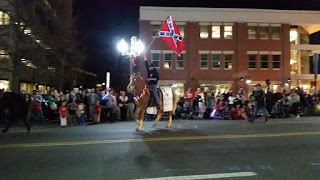 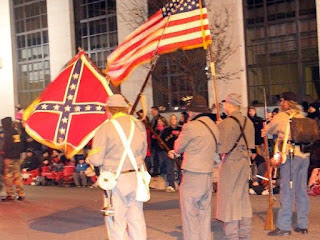 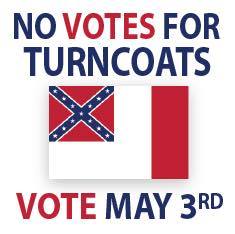 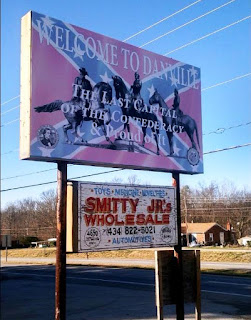 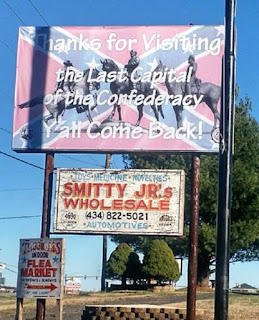 Overheard while standing in line..an aged black woman saying to her friend, "What is all this Confederate Flag stuff about?" Friend: "I don't know and don't care!" Woman: "Me neither!" If it weren't for the NAACP and the news "media" stirring the pot, it would be a moot point to black people.

Another goody for you about the Confederate Flag on Memorial Drive at the end of Robertson Street Bridge (formally known as "Smurf Bridge"). The land used to be owned by the owner of Abe Koplin Clothing, who was all for taking down the CF. He didn't know he sold the land to a CF supporter. That's where a very large CF now resides. They are many CFs in well placed, highly traveled locations throughout Danville now.