This morning, in a small, private ceremony, the Va Flaggers raised a 20' x 30' battle flag on an 80' pole on private land on Interstate I-81/I-64 just north/east of Lexington, Virginia.


To the Glory of God and in memory and honor of our gallant Confederate heroes.

The world shall yet decide
In truth's clear far-off light
That the soldiers who wore the grey and died with Lee
Were in the right. 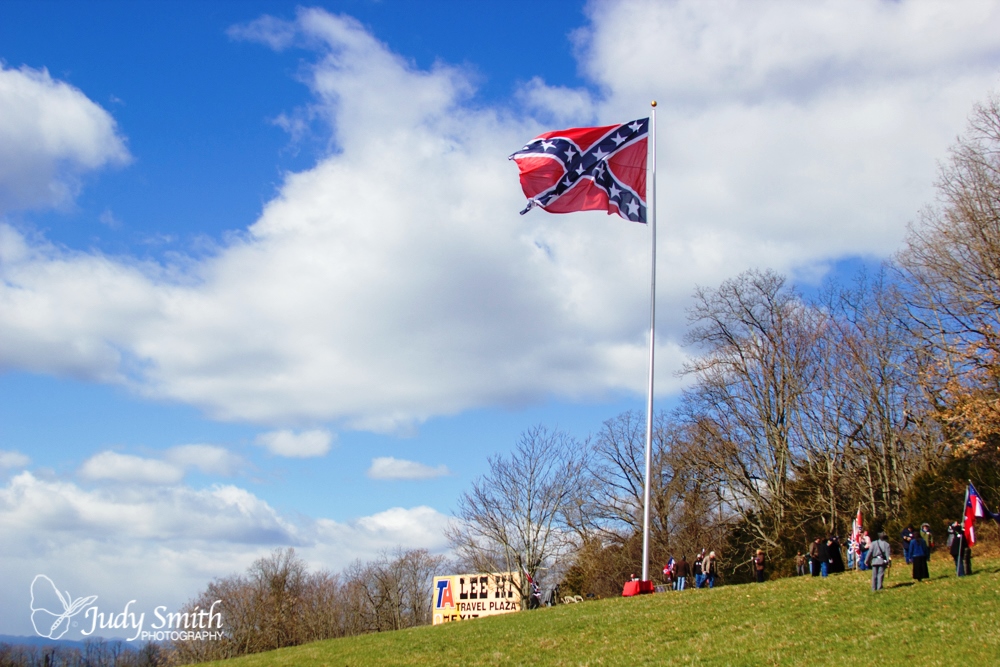 She will fly proudly as a living, breathing memorial to our Confederate dead, and a beautiful tribute to our gallant ancestors. But, in the face of constant attacks by those who worship ignorance, historical revisionism, and political correctness, and at a time when the town of Lexington seems determined to completely ignore the sacrifice of Robert E. Lee and Stonewall Jackson, she will also be a visible reminder to all who see her that there are still many of us with Confederate blood coursing through our veins, who refuse to allow the ignorance and prejudice of others to force us to relinquish our birthright.

The Lexington I-81 Memorial Battle Flag is the fourth roadside memorial battle flag erected in Virginia by the Va Flaggers since September of 2013, and part of an ongoing project to promote Confederate history and heritage, and honor Confederate Veterans in the Commonwealth. This project, and numerous other heritage defense efforts, is made possible through the generosity of supporters from across America and beyond. 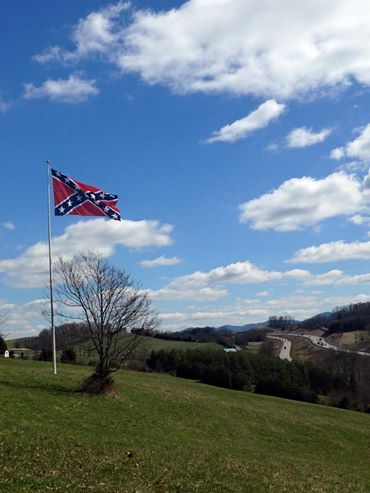 Long may she wave!

Gifts to the Va Flaggers Roadside Memorial Battle Flag Fund can be mailed to: 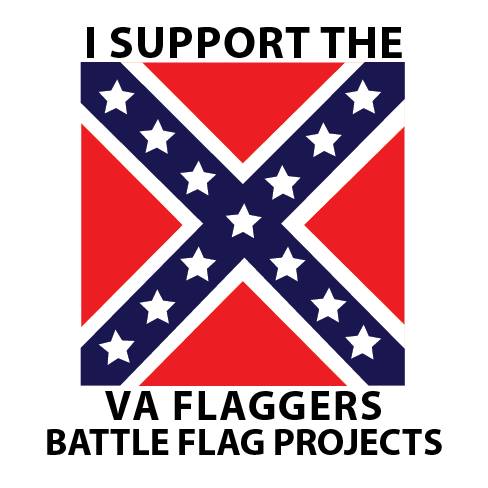 Keep it up. We have to fight for our heritage. It's not talked about very much how the union came through our towns and murdered, burned the towns. Ask somebody from Abingdon what happened.

I saw this flag on my way to Marion,VA recently and it brought a warm feeling to my heart that the Namby Pambys have not succeeded in erasing an important part of our U.S. history. One should NEVER attempt to bury the history of the United States. The Freedoms that we ALL enjoy were hard fought with great sacrifices on both sides. War Memorials remind us to work out our differences lest we forget what we are capable of doing to one another. The proud men, women and children who died on both sides at a time of great strife deserve nothing less than to know that they are remembered. Long Live The South and may God Bless, The United States Of America.