Please accept our apologies for the lack of updates recently and what will likely be a flood of them over the next few days. Since mid-July, our email has been down. This was the last update, which never made it out. More to follow. It would be very much appreciated if those who do receive this, reply with a simple "MESSAGE RECEIVED" or something to let us know the email was received. Thank you!

On Saturday, June 22nd, 9 Flaggers, in all, would forward the colors on a muggy Saturday in the Capital of the Confederacy. Traffic was light and conversations sparse, but Confederate Battle Flags flew once again in place of those that were forcibly removed from the Confederate War Memorial by the Virginia Museum of Fine Arts. 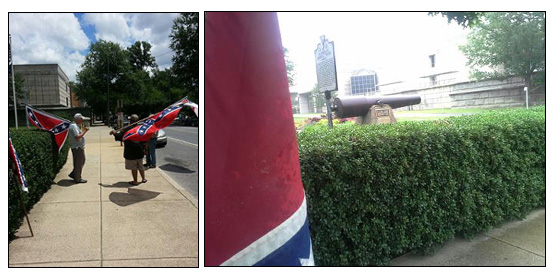 The Flaggers reported that what conversations were held were very positive, and those who were engaged agreed that the flags SHOULD be returned to the Chapel.

June 22nd was a very special day for Va Flagger Laurel S., as it was her first opportunity to carry her new 4th VA Infantry battle flag. 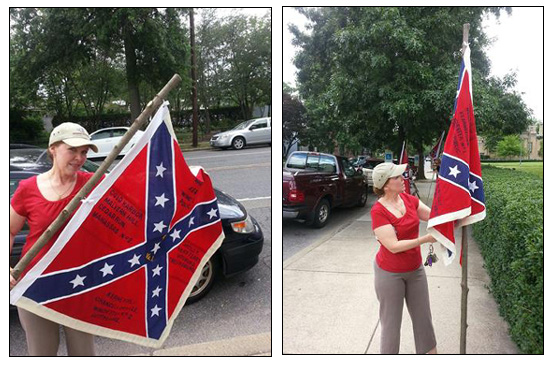 The 4h Va Infantry (Stonewall Brigade) was composed mostly of soldiers from Rockbridge and Montgomery Counties, Virginia. Two of her ancestors, Silas Lafayette Walthall and William Henry Walthall (brothers) fought for Co. G, the "Montgomery Fencibles." This flag was made by Preston Furlow to the exact specs of the Battle Flag captured at the Wilderness, which is now at the MOC.

We can only imagine how proud Ms. Laurel's ancestors are that their battle flag is once again on the front lines, in their hands of their own kin... as the "contest has entered a new arena."

Later that afternoon, the Va Flaggers gathered to say farewell to our Norwegian friend, Kristian Arntzen, who returns to his home this week.

Kristian has been in the U.S. working on a thesis for his anthropology studies at the University of Oslo. After seeing the Va Flaggers on the Boulevard in Richmond, Kristian became intrigued by our passion for our heritage and soon joined us in our endeavors. He was able to observe us and study the Southern Heritage Movement in the United States, and we were able to teach him about the War Between the States and the honor and bravery of our ancestors.

Along the way, a mutual friendship was formed, and on Saturday we presented Kristian with several tokens of our appreciation, including the signed flag pictured here... 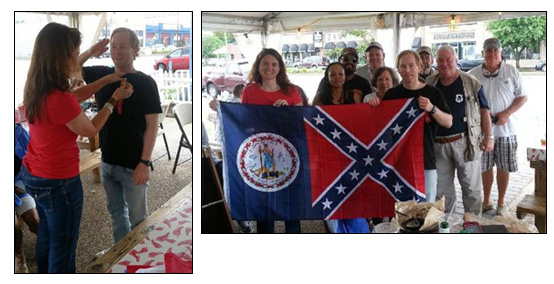 We wish you all the best Kristian, and will be praying for safe travels home, and an A+ on that thesis! :) God bless you always!

Thursday, June 27th saw 7 Flaggers on the ground on the Boulevard. As the vacation season kicks off, we are seeing more and more out-of-towners and having more opportunities to educate those from other areas of the U.S. 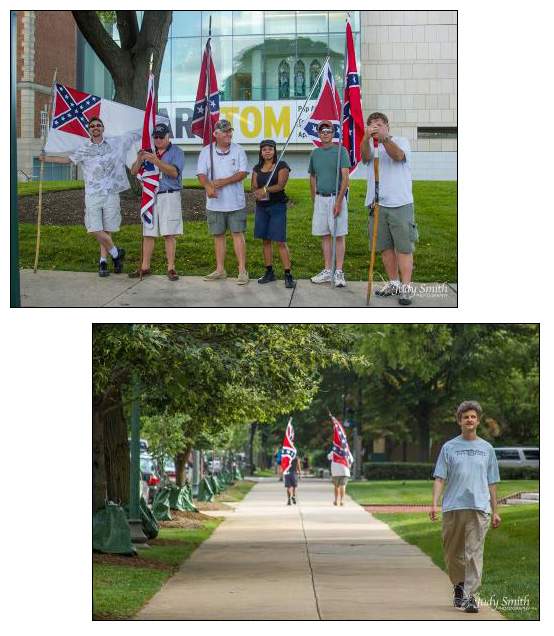 The VERY NEXT day...Va Flaggers - Flagging the VMFA - Spontaneously!

Va Flagger Tommy C took his cousins, visiting from New Jersey, for a tour of Richmond today. Of course, no visit to Richmond is complete... without a little Flagging! 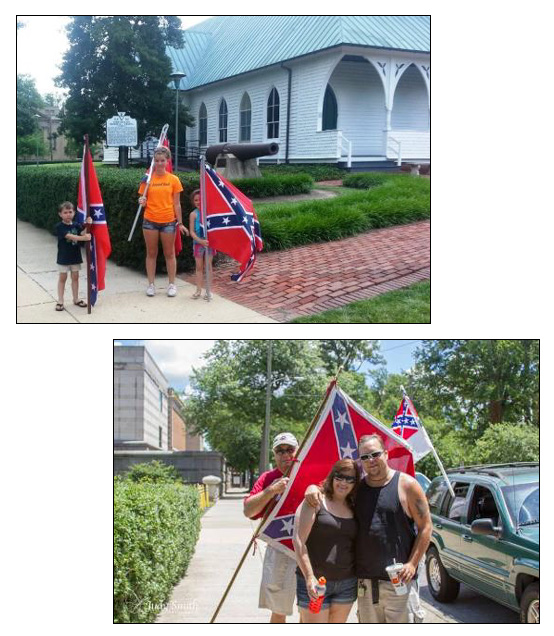 These little guys were so cute that they were even allowed to walk on the grounds of Confederate Memorial Park WITH a Confederate flag...and WITHOUT being threatened with arrest!

The following day, Saturday, June 29th, saw 8 Flaggers forward the colors. The following Saturday, July 6th, we had 8 Flaggers out again, despite temperatures that reached 93 degrees. Traffic was light, but there were a few good conversations, including these folks from Idaho, who wanted to pose for a photo once they heard why we were there, and a gentleman who was considering moving to Virginia...

Thursday, July 11th found good weather and 5 Flaggers forwarding the colors in the Capital of the Confederacy. Conversations were plentiful and very positive. Many were shocked to learn that the Virginia Museum of Fine Arts had forced the removal of Confederate Battle Flags from the Confederate Memorial Chapel. 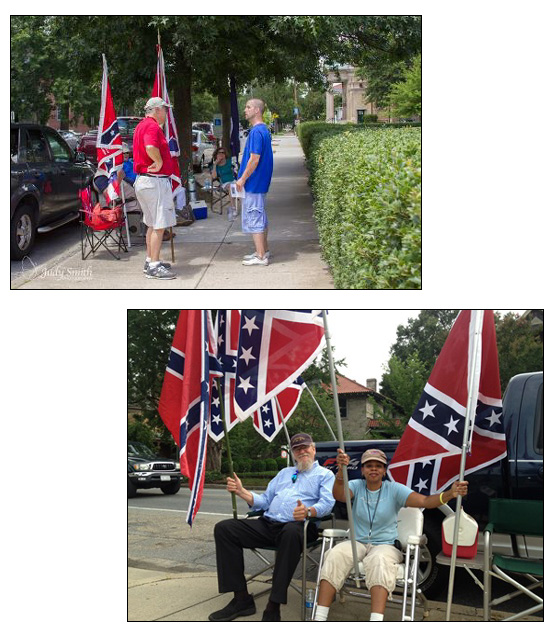 "I hold concession or compromise to be fatal. If we concede an inch, concession would follow compromise, until our ranks would be so broken that effectual resistance would be impossible...." - John C. Calhoun

Check out our Confederate and Family Friendly Search Engine... www.confederatearchives.com

April 19, 2014: Susan will be traveling to Quincy, FL to speak at the Confederate Memorial Day Service at the Soldier's Cemetery, sponsored by the Finley's Brigade, SCV.
Posted by Connie at 6:35 PM