Several months ago, someone stopped by the Chester I-95 Memorial Battle flag site,  and asked if we would be interested in a big flag that she had received but could not use. Of course, we replied YES! When we received the flag, we were a bit surprised to find that it was a very large, like new, U.S. Flag.

We reached out to the folks at the Virginia War Memorial and found out that it was the right size for the flag that is flown in their outdoor display.  We contacted them about making a donation of the flag in memory of Sgt. Cliff Troutman, and in honor of the Veterans in our organization. They accepted our offer and agreed to open the facility to us on Tuesday evening, December 9th for the presentation.

We had the flag cleaned, courtesy of Hawthorne Cleaners in Highland Springs,  and grommets added, courtesy of Festival Flags in Richmond and arrived a little early tonight to take some photos in the shrine area.  For those of you who have never been, the Va War Memorial is a beautiful memorial, with the names of Virginia's war dead etched in glass or stone in the shrine, and an educational annex with exhibits, auditoriums, and meeting spaces.  http://www.vawarmemorial.org/VAWM/default.aspx 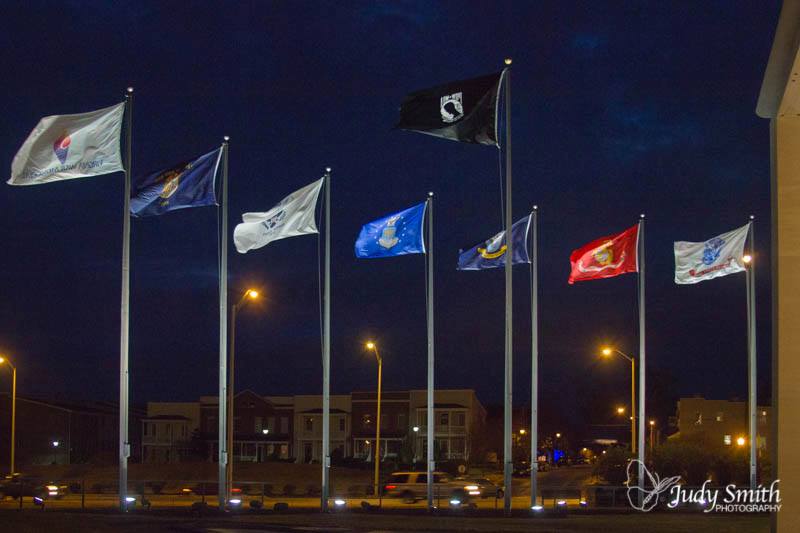 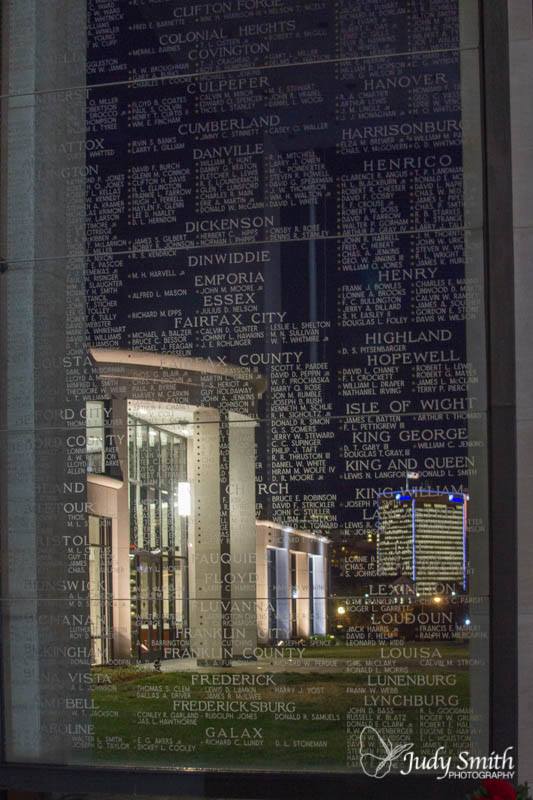 The Va Flaggers were honored to be present, on what we consider hallowed ground for this ceremony.  As an organization whose main purpose is to honor Virginia's war dead, we feel a deep and profound connection with the Va War Memorial, and their mission to ensure that ALL of the men and women of the Commonwealth who have paid the ultimate sacrifice in defense of freedom, will never be forgotten. 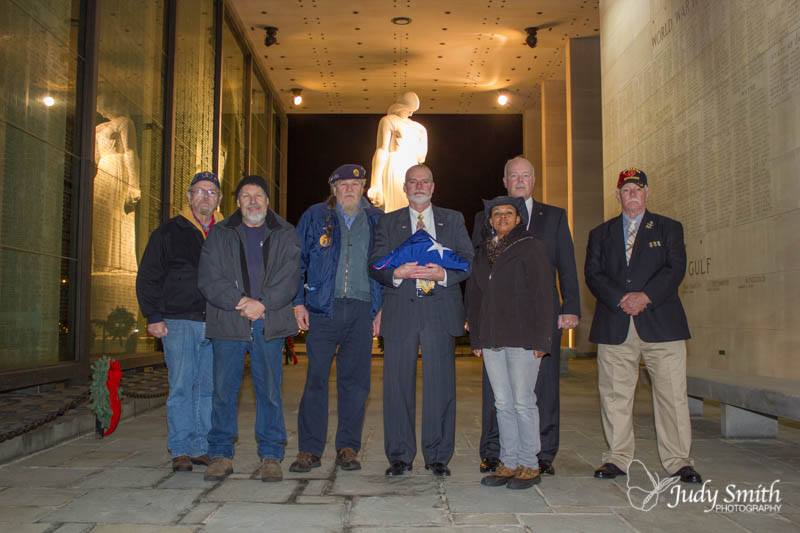 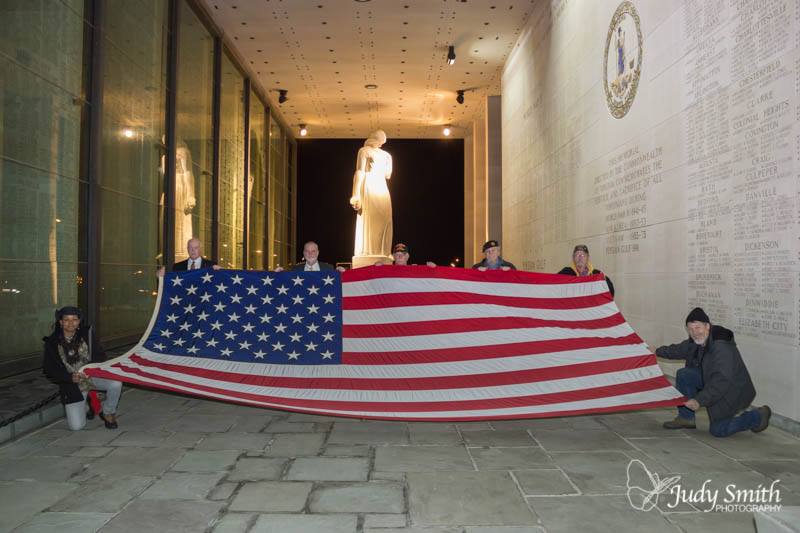 The flag, along with a donation, were given in honor of our veterans and in memory of Sgt. Cliff Troutman, USMC, Vietnam Vet, and Virginia Flagger.

Sgt. Troutman was, and still is, an inspiration to all who knew and loved him.  His devotion to God, Country, and the memory of his Confederate ancestors was an example to all, and his fierce determination to recognize and care for all of Virginia's veterans, living and dead, was unmatched.

While the Va Flaggers are dedicated to honoring the memory of Virginia's Confederate dead, we are proud to have, in our ranks, Veterans of the United States Armed Forces.  The were recognized as follows: 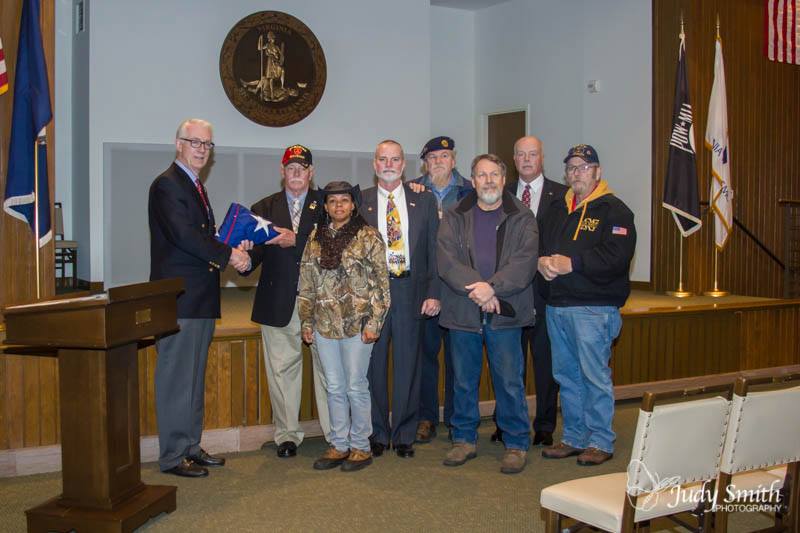 In honor of these, our Veterans, and in memory of Sgt. Troutman, we presented the flag to be flown on the site, and a donation to be used to continue the good and excellent work of the Virginia War Memorial Educational Foundation. 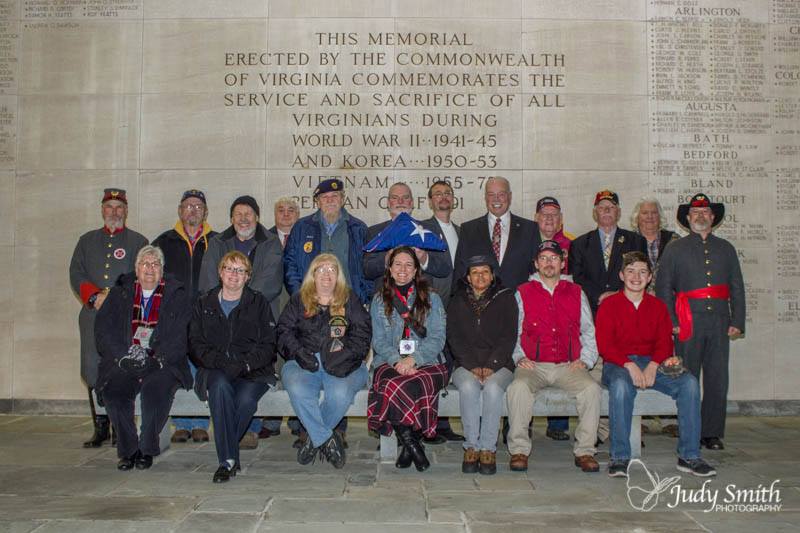 The Va Flaggers would like to offer our sincere thanks to Mr. Hatfield and Mr. Jeb Hockman, Director of Marketing and Communications, Virginia War Memorial Educational Foundation, for welcoming us to the site and working with us to arrange the ceremony.

God bless ALL our Veterans...and God Save the South!