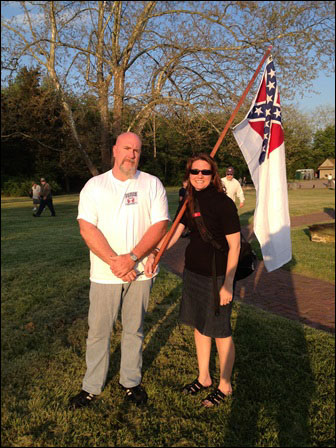 The event was sponsored by the National Park Service, and for a Thursday evening, I thought the crowd of about 100 or so was respectable. I had the genuine pleasure of meeting Jim Harley, a Va Flagger supporter from South Carolina, who traveled with his parents from South Carolina to attend the Sesquicentennial events. 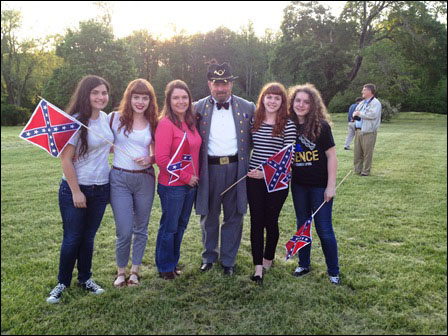 Confederate color guard presented the colors before the outdoor service started. I honestly did not know what to expect. I had in mind that participants would have candles or possibly light candles to mark the night.

Instead, Fredericksburg and Spotsylvania Park Historian Frank Oâ€™Reilly gave a very moving lecture, which chronicled the events leading up to and the details of Gen. Jacksonâ€™s last hours. The crowd was very attentive and Mr. Oâ€™Reilly gave an excellent presentation. He did a terrific job of describing that fateful night, and describing the character and faith of Jackson, and I found myself with goose bumps on several occasions, even though the night air was warm. 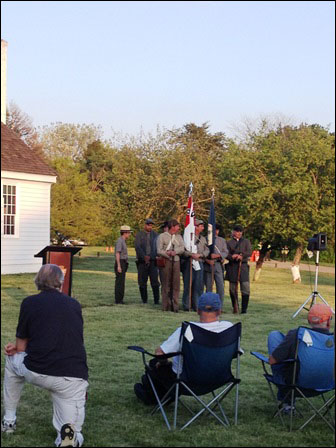 After the lecture, we filed through the Shrine, which the NPS had lit with candles. It was near dusk and the glow from the candles gave the cottage an appearance which would have been close to what it was like that fateful night in 1863. We walked through in reverent silence, each pausing at the room where Jackson died, to remember and honor one who sacrificed all in service to his God and his Country. 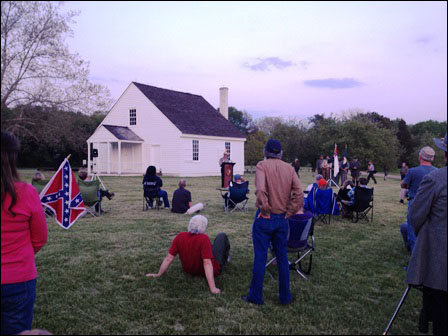 Kudos to the National Park Service for a wonderful and fitting tribute to Stonewall Jackson! If you have never visited the Stonewall Jackson Shrine, I highly recommend making the trip. The staff there is excellent, and each time I go, I am still moved when I step into the room and hear the account of his last hours.

Now, if we could just get them to fly a 2nd National on that big ole' pole out front... ;)

Details of the event and more photos here: http://news.fredericksburg.com/newsdesk/2013/05/10/jacksons-last-night-remembered/